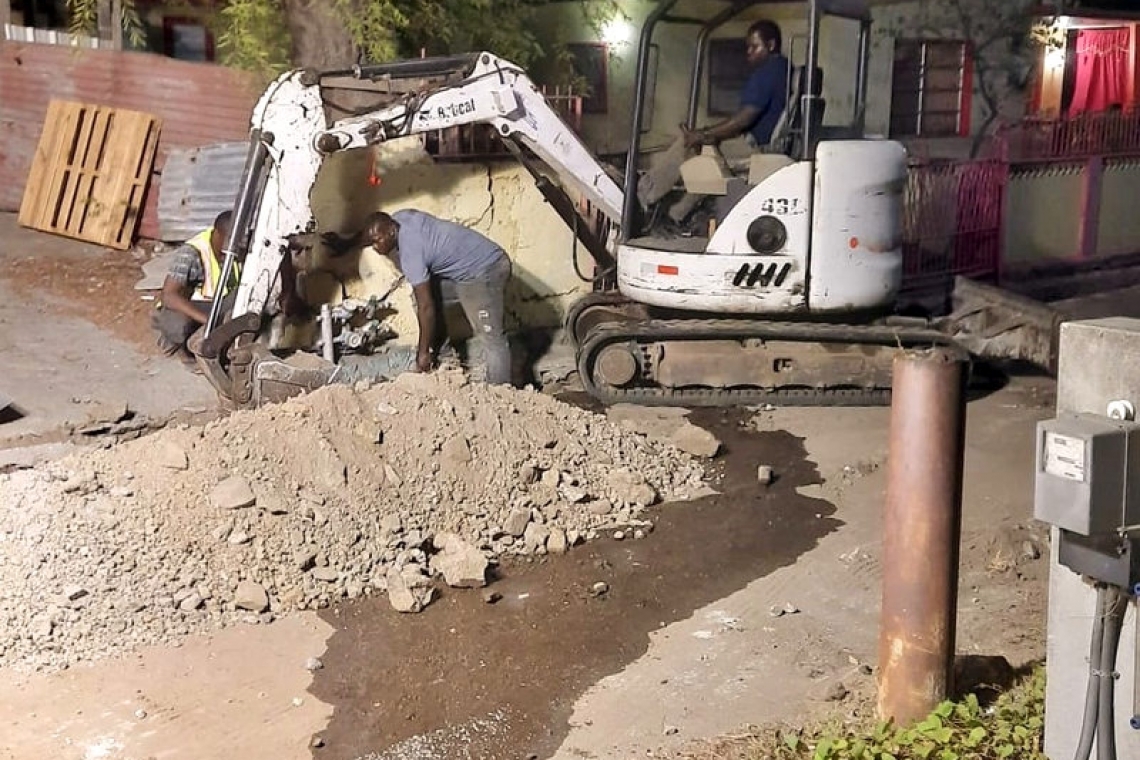 Workers digging the trench for underground wiring on Paramiraweg.

Statia Construction workers dug a trench for the Paramiraweg cables on the night of Tuesday, June 23. They worked late at night under bright spotlights to make sure the project was completed on time, so as to disrupt the audience as little as possible.

Statia received funding for the installation of underground cables of the 10e European Development Fund (EDF). Because the island is located in an area where hurricanes are prevalent, the plan is to ensure the continued availability of electricity and communications during a hurricane.

The project involves the underground installation of not only electric cables, but also fiber optic cables. The project also cuts costs for local utility company STUCO and telecommunications company EUTEL, which will no longer have to repair or replace overhead wiring due to strong winds and flying debris.

Underground cabling has already been installed in several other areas of Statia in previous years.